Ranbir Kapoor is a Famous Bollywood Actor and a personality Updated with Fashion And Styles. Ranbir Has Given Super Hit movies and some movies which have motivated us a lot like ‘Yeh Jawani Ahi Deewani’.Whenever we talk about Hottest and Cute Actors The name Ranbir always comes in that list and we all love His Cute Expressions which are enough to touch your Heart.

Reading make you Boring ? Haha lets Have a Look of Hairstyles of Ranbir Kapoor

Look at Ranbir He looks Damm sexy and Stunning. You Can call him a Stud. With these Medium hairs Ranbir Looks Sexy and the Shades just made him look more Gorgeous. We generally see this Hairstyle on Ranbir Face.

This is Hot This Lit whatever you say. These eyes are enough to melt your Girl Heart and a Medium Hairstyle like this Surely Grabs Attention of Eyes.This Picture Says That Ranbir is a Modern as well can be a Classic Man too.

We all know Ranbir Kapoor loves playing Football and we have seen lots of Pictures of Ranbir With Football Stars. lets talk about this hairstyle. When he had Long Hairs he Tie Hanky on his Head and Enters in Ground.

As the names tell you that this Look of Ranbir is From his Movie Tamasha and Deepika Padukone was his partner. Ranbir Had medium Hairstyle in that and with his Beards it really suits on him.Spiky Flow From upside and sides hairs Down thats how this Style is maintained.

We Know Ranbir played a Perfect role of Sanjay Dutt in the Movie Sanju and to Give reality like Sanjay Dutt Feeling he Tried Different hairstyles on him and all these Haircuts was Perfectly came out in front of us.

Look at this Amazing man this is not Sanjay Dutt This is Ranbir Kapoor now you have an idea about Ranbir Kapoor Dedication for his work and Respect for Sanjay Dutt.This is a Munna Bhai Look of Ranbir.

Now you need to See the making of Ranbir Kapoor to Sanjay Dutt.Giving Final touch to make the Hairstyle.

Ranbir Kapoor Showing Sanju Look in His Phone and Trying the same on himself.

Virat Kohli Hairstyles you must try on Yourself 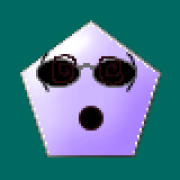 This site uses Akismet to reduce spam. Learn how your comment data is processed.

Hairstyles That Will make you look Stunning. Explore The Latest Trending Haircuts to Enhance Your Looks.